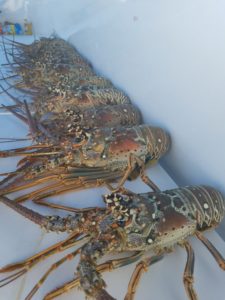 The winds were a blowing much of January, boats were not going and folks landlocked and tense.   I heard rumors that the lobsters walked (from some commercial lobster men),  we had folks from midwest down and headed to our previously depleted spots.  The lobstermen were correct.  Everyone got their limit and enjoyed some nice diving.  Lobster season remains open until the end of March.  Go get em.   Our permit for Dry Tortugas is in, so we plan on doing much fishing and diving in that area again this season.  Fishing has been good when we get out.  Some off season Ma Hi , Wahoo,kingfish mackeral, Blackfin tuna and plenty of yellowtails off the reefs.

YKNOT expands to the back country

YKNOT expands to the back country

Lobster Season is up and running 2018.

Grouper time “Fishing The Dry Tortugas” water is just around the corner.